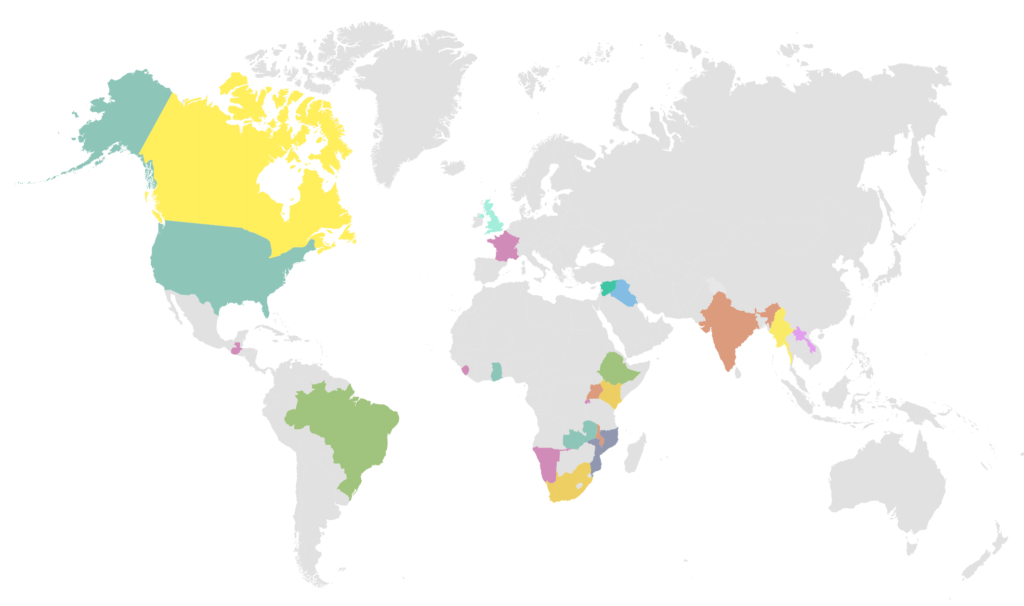 Stories we love: Impact on communities

Almost everybody cooks with firewood in Malawi. The current stoves use a lot of firewood, causing people to spend more time and money collecting it, increasing deforestation, generating more indoor smoke (the leading cause of death of children in Malawi), and, of course, releasing more CO2 into the atmosphere. One of our partners in Malawi, Hestian, works to tackle the climate challenge in Malawi by promoting fuel efficient stoves that meet the specific needs of the people. They have developed a revolutionary and affordable fuel-efficient stove, designed to meet the cultural preferences of the people. Less firewood, less indoor smoke, reduced CO2 emissions. TIE sent Trevor Gilley, former Art Director at Wieden+Kennedy NY, to help Hestian promote the stoves. Before TIE, they had sold 500 stoves over the first 2 years of operations. On the day Trevor launched his campaign, 10,000 stoves were ordered and, 4 years later, they have sold more than 380,000 stoves! To learn more about this project, read Trevor’s case study here.

Former street children getting hired for their first job ever

In 2012, WPP’s Fellowship programme sent Dylan Viner, former Planning Director at JWT New York, to Brazil to work with a local NGO called O Pequeno Nazareno. The NGO fights for the basic human rights of homeless children in Recife, helping them to recover from drug addiction and become functional members of society, by supporting them and teaching them useful skills that could be used in the job market. But they always struggled with getting companies to hire the young apprentices, because of their background. The experience was a fantastic one. Dylan developed a campaign that portrayed the young apprentices and their potential, and he got all 21 of them hired for their first job ever. Nearly 4 years later, and they are all still happily employed. Dylan significantly impacted the organization and the young apprentices’ lives, but he also got so much out of the experience. To learn more about this project, read Dylan’s case study here. “I enjoyed the challenge of searching for insights in a culture I didn’t fully understand, and in a language I had to detangle; playing creative- writing ideas and seeing them brought to fruition; and being involved in every stage of the communication process” – Dylan Viner 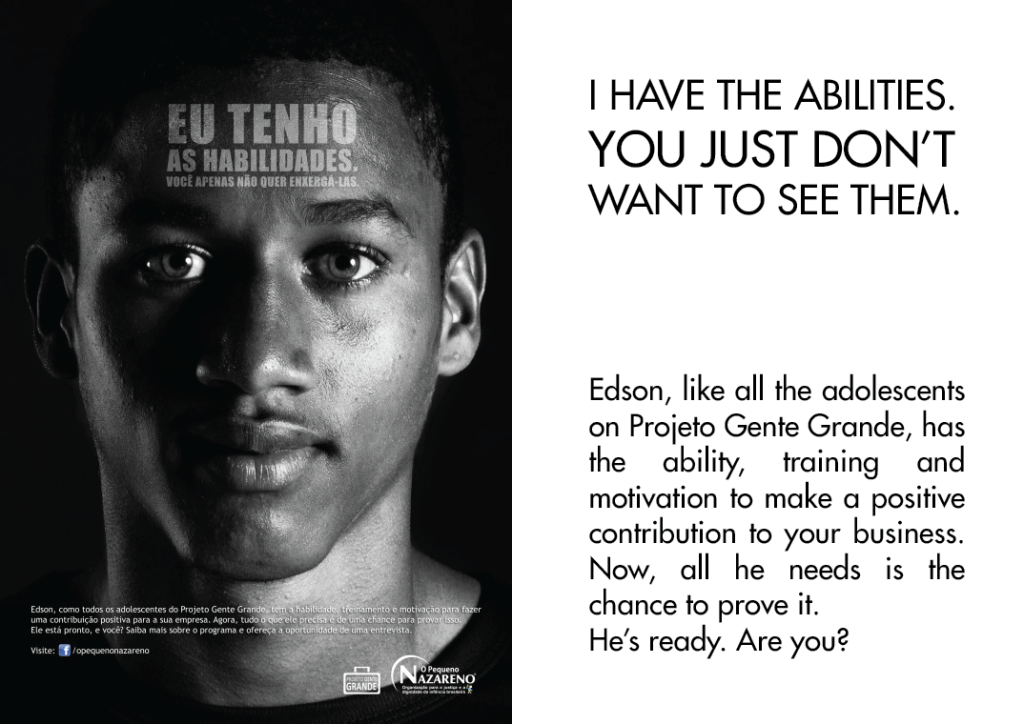 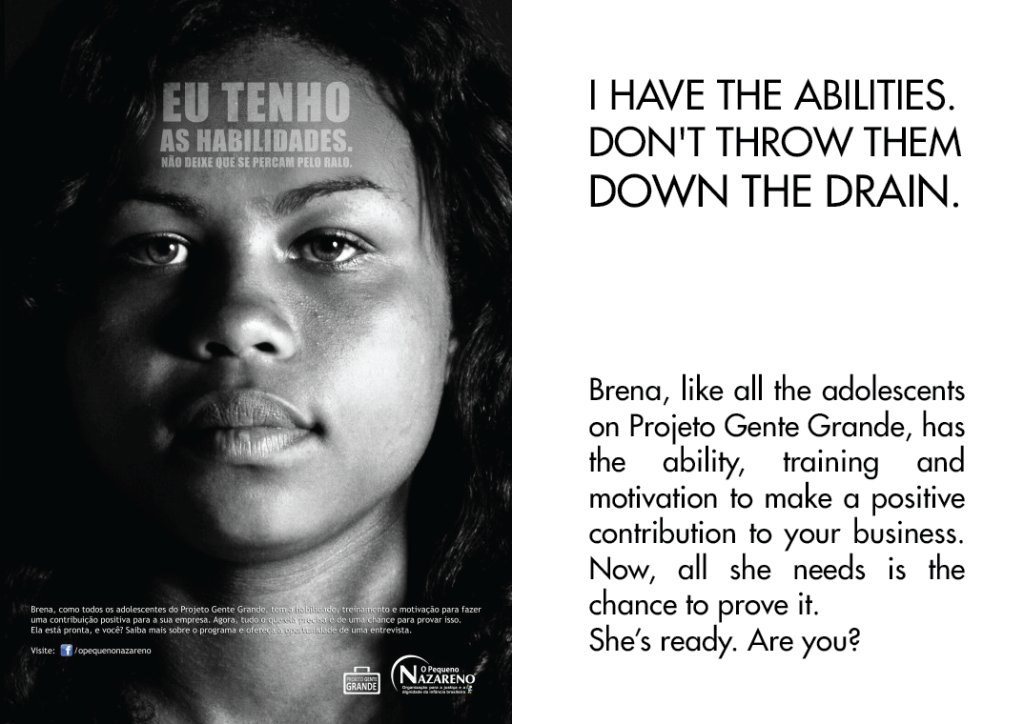 Stories we love: Impact on the business

Alice Hooper, former Client Service Director at Leo Burnett, went to work with a street children’s organization in Brazil in 2011. Inspired by her TIE experience, she made it her mission to do something to keep that energy going back at home. Along with a colleague, Alice founded Leo Burnett Change, a specialist division of the Leo Burnett Group, dedicated to not-for-profit communications. Change has since been merged with other divisions within the Leo Burnett Group, but one of the first campaigns created by Change, “Recipeace”, won the first ever White Pencil by D&AD in 2012. Change’s first account was a £10 million piece of business with UNICEF. And in 2014, two years after her TIE experience, Alice won the IPA’s Women of Tomorrow award for her work with Change. To learn more about this project, read Alice’s case study here. “Being part of TIE has been worth every moment for us at Leo Burnett. We are thrilled to discover such an innovative and effective training experience that has the potential to be shaped to meet our objectives and values on both the individual and company level.” – Sarah Baumann, Talent Strategy Director at Leo Burnett

Advising clients during times of crisis

In 2013, the WPP Fellowship sent Sarah Walker to Brazil, Millward Brown’s Global Neuroscience Director at the time, to help raise awareness of the human rights violations happening because of the World Cup. She and her team in Brazil launched a campaign to pressure the government to pay fair compensation for these violations. There were 2 ways to put pressure on the government: by increasing public awareness of the issues or by getting FIFA to impose sanctions and start punishing the government for violating human rights. Given the timings (30 days), the campaign budget ($2000), and their number of contacts at FIFA (none), they figured the only way they could pressure the government was through popular support. They created a very successful campaign, that reached more than 100 thousand people in Recife and strengthened the dialogue. However, after returning home, Sarah had one last insight inspired from her time on TIE: If major corporate sponsors of the World Cup knew what was happening and how it could impact the brands, they could have the power to put pressure on FIFA. Sarah ran a study looking at measuring people’s instinctive feelings towards the 2014 World Cup and the brands that sponsor it. The study showed the negative impacts of the increasing awareness of issues like corruption and political dishonesty on people’s perceptions of the brands that sponsor the tournament. It gave her the opportunity to talk to her clients about this risk, and what they could do to prevent these issues in future events. 2 years later, when the FIFA corruption scandal hit the news, Millward Brown was the go-to agency to help journalists and companies understand more about what was happening, getting Millward Brown in the spotlight. To learn more about this project, read Sarah’s case study here or watch the video below.