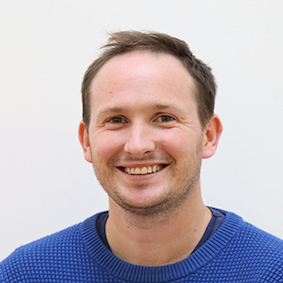 Summary of the project: I lived, breathed and worked in the City of Recife, Brazil helping raise awareness for HIV testing and PrEP usage amongst a vulnerable sex working community.

Having graduated from Durham University with a degree in Anthropology Sam wanted to put his studies and fascination in how people behave and their social dynamics into practice. So he started his career by door to door selling frozen fish out of a white Van in the suburbs of Reading. Quickly (after a fair few slammed doors) he realised that selling wasn’t his calling but he wanted to understand why different communications styles work and why – so advertising was the natural progression. His first career role started in in a healthcare communications agency working on campaigns to raise awareness in allergy education in the UK as well as getting to grips with complex therapy areas such as Diabetes and other rare diseases. After a brief spell working on Peroni (the Italian beer) he now finds himself working at BBH on the communications and education programmes for the largest selling drug of all time that helps patients with conditions such as rheumatoid arthritis, Crohn’s disease and psoriasis as well as working on disease awareness campaigns for a rare genetic bone disorder XLH.

In his spare time Sam is an avid cricket player being a member of the MCC as well as a Sunday footballer and off the sports field enjoys painting in mixed media when he gets the time.

Sam spent a month working with GTP+ in Brazil, helping them create a communications campaign to raise awareness of PrEP and HIV prevention among vulnerable groups. You can click here to learn more about his project.