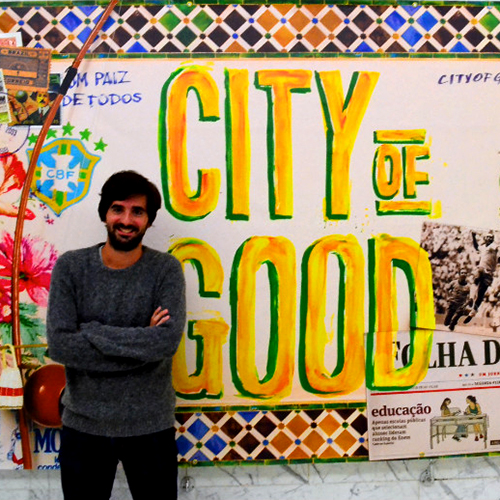 Summary of the project: I spent a month in Recife creating communication assets for Grupo Ruas e Praças to show there is life in the street and the dreams and hopes of street children are worth a fight.

After three years at BBH, Nicolas had been nothing but amazed by the experiences that Jeremy, Helen and Elizabeth had on TIE - all BBH TIE Alumni. The idea that his skills and knowledge could play a role in changing and improving the lives of people from communities on the other side of the world meant a lot to him - the living-proof of what creativity can do for good. A few months later after he applied for the programme, he would see himself boarding a plane to Recife, Brazil, to work with an NGO called Grupo Ruas e Praças. But not before a remarkable fundraising campaign: #CityOfGood. Nicolas was able to get almost everyone at BBH behind the campaign and it was a huge success. Not only did he raise 11 times more than what he was supposed to, but he got a lot of PR as well. By the time he arrived in Recife, he was given a challenging task: raise GRP's profile and get people to see more than misery in the children living on the streets of the city. You see, Grupo Ruas e Praças believes in the dreams and potentials of each street child. They wanted other people to do the same. The one-month placement was a great experience all around. Nicolas was able to bring photographer and filmmaker Klaus Thymann to shoot a short film and promotional photos. And everyone involved were thrilled with the results. You can read the full case study here