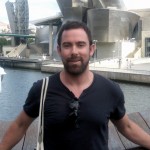 Summary of the project: I worked in Recife creating a communications campaign to promote the work of Instituto Solidare to the large corporations based in their community.

Jeremy joined BBH in 2008 as a fresh faced young producer straight off the plane from New Zealand to work on the Flora business. This would prove to be a great opportunity for him to cut his teeth on a serious piece of global business that required a great attention to detail and patience under the heavy demands of a client dedicated to a strict regime of researching the creative work. In early 2009 with the margarine business well and truly licked he joined the Axe/Lynx team to operate as their lead print producer tasked to continue the tradition of helping create more of their famously cheeky deodorant and shower gel ads. Most recently he has been involved in the launch of the famous Axe Angels campaign which has gained a huge amount of positive press coverage and helped reinvigorate the Axe brand under strong pressure from the likes of Old Spice. Jeremy has also been involved in the origination of some very risqué nationwide poster campaigns for the fizzy drink Tango that has helped keep him very up to date with the UK’s advertising standards laws. Recently he has joined the newly formed Integrated Production unit at BBH where he will work across a number of clients on multidisciplinary projects involving any combination of print, film, digital and events production. Before BBH, Jeremy was at Lowe and then Saatchi & Saatchi in New Zealand where he worked as an Art Director creating through the line campaigns for brands such as Vodafone, Genesis Energy and The Lotteries Commission. For fun Jeremy loves nothing more than watching his beloved Arsenal play at The Emirates or trying the great food at the plethora of restaurants that surround his home in Islington. He is also a rather massive karaoke fan and is keen to learn some of the local dance moves in Brazil to add to his repertoire. Jeremy is absolutely thrilled to be taking part in the TIE scheme and is looking forward to working with a local community to create a seriously powerful piece of communication. He’s also determined to have a great time and keep that smile on his face while he does it. If you're interested to learn more about Jeremy's project with Institute Solidare, click here.