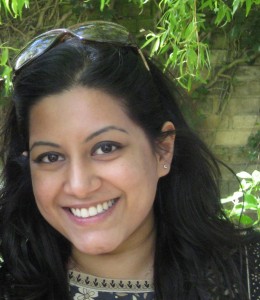 Nazia is the Director of Cultural Strategy at the Ogilvy & Mather Group Worldwide.

Born in Dhaka, Bangladesh, Nazia’s early childhood was spent in across Saudi Arabia and Bangladesh. At fifteen, she was awarded a national scholarship to attend the United World College in Hong Kong, and two years there awoke in her a deep fascination with all things Chinese. The UWC mission heavily promotes sustainable volunteering, so during her time at the college Nazia was fortunate to be able to spend time working at a streetchildren’s shelter in Ho Chi Minh city, Vietnam, and as a teacher to rural schoolchildren in Guangdong, China.

After the Asian high school experience Nazia landed at Oxford Univeristy via a year-long detour in Fine Art at Central St Martin’s in London. She emerged from Oxford with a first in English. Her passion for China then led her to an MPhil in Chinese Art, Literature and Anthropology, during which time she lived in Beijing and became fluent in Chinese.

A product of many cultures and a lover of travel, Nazia feels lucky to now have landed the perfect job. She originally joined WPP as a Marketing Fellow, and spent three years working as a qualitative researcher at Added Value, a strategic planner at JWT Shanghai, and a visual strategist at The Brand Union. She had worked in Dhaka, Dubai, Istanbul, London, Moscow, Shanghai, and Washington by the time she joined Ogilvy & Mather to set up their Cultural Strategy offer in 2008.

Believing that there are no global consumers, only global brands, her focus is on unearthing the deeper cultural contexts behind peoples’ choices in order to develop stronger strategies for global brands. She is keen to more fairly represent the voice of the consumer in parts of the world where consumer habits are still a relative mystery to many global marketers. Aside from her global role as Cultural Strategy Director, Nazia is also currently a senior planner across all Coca-Cola business at Ogilvy and has worked in the past with Unilever, Nestlé, British Airways, Pernod Ricard, Diageo, Reckitt Benckiser and SAB Miller.

Nazia believes strongly in skills volunteering and is delighted to be able to bring her branding and communications skills to bear in a month-long placement with TIE. She is extremely grateful for the opportunity and hopes to give it her all. Nazia will be working with the organisation Boca do Lixo. Click here