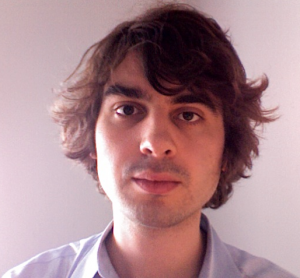 TIE can now announce the third WPP Fellow for 2009. Mark Dewings is Partner, Planning Director at Ogilvy in New York and will be heading out to work with MNDH, a human rights organisation in Brazil.

Mark came to Ogilvy via the WPP Marketing Fellowship where he gained experience across a breadth of marketing disciplines including market research, direct and general advertising.

The three year program began in the UK with market research company Millward Brown where he worked on Reckitt Benkiser, WPP’s global brand equity study, and helped to launch a proprietary sports marketing research tool. This was followed by a second year move to New York where he worked as a brand planner with a specialty in analytical planning on the National Football League (NFL), as well as 7 Up, Svedka vodka and Chevron. His third year on the Fellowship took him to OgilvyOne in Toronto in a more qualitative strategic planning role, where he worked across the agency’s roster of accounts including American Express, DHL, Nestle Waters and was highly involved in pitching new business.

Having been with Ogilvy New York for three years, Mark holds the position of Partner, Planning Director and has global strategic oversight of the BP Corporate brand, in addition to working on Kraft, Thomson Reuters and having spent significant time on Kodak, Prudential UK and Castrol.

Prior to marketing, Mark worked as an accountant for Arthur Andersen in the audit & business advisory division and gained experience with the equity analyst group at Goldman Sachs. He’s a Politics & Economics graduate of Cambridge University, where he specialized in the History of Political Thought.

Mark is an enthusiastic runner, albeit with a slightly sporadic training schedule. He has run the London marathon for a children’s charity, numerous 10k races and this year will be running half marathons in all five New York boroughs by competing in the New York Road Runners Half Marathon Grand Prix.

Five years ago Mark decided it wasn’t too late to try to become a rock star, despite the fact that he didn’t play any instruments! So he picked up the guitar and started on the path to becoming a singer songwriter. With a couple of small gigs under his belt, and a few others planned around New York over the next few months, 2009 is the year his band are destined to become stars… maybe.

Mark lives in Williamsburg, Brooklyn and frequently travels for work around the United States and to the UK, and further afield to Europe, Asia and Australia for pleasure. Having never been to South America before, he’s excited to be able to explore a new continent and, most importantly, to be able to put his cumulative experiences to the test by working on a project of genuine human value.

Mark will be working with a number of key players within MNDH as well as the local agency MakPlan in order to raise awareness of, and fight for, human rights around Brazil. To find out more about the project click here.