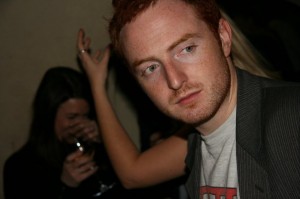 TIE is thrilled to announce our next TIE candidate. Harry Dromey is an Account Director at Leo Burnett and will be going out to work with GTP+ in October 2010.

Harry has been at Leo Burnett since he joined as a graduate trainee in 2005. For almost three years he has been immersed in the world of McDonald’s, who have been enjoying record breaking sales and picking up a few creative awards at the same time. Spare moments away from the lightening-paced world of McDonald’s are used to help recruit and train new graduate recruits for Leo Burnett (…that’s not wholly true because I also spend an inordinate amount of time on Facebook).

Outside work, Harry spends a huge time torturing himself by following his beloved but underachieving Crystal Palace Football Club. He also plays for a team called Crystalmeth Palace who (at the time of writing) are top of the league partly due to the goals coming from his lethal left foot. Other than that, a huge amount of time is spent at music events and sitting, feeling guilty about having not cleaned the fish bowl (poor Beatrix and Killah). To find out more about Harry’s project with GTP+ click here.