Grupo Ruas e Praças (Group of Streets and Squares) is an NGO that promotes integral empowerment for children and adolescents living on the streets of Recife, Brazil, through an educational process based on street education, stimulating their self determination, dreams and wishes within the perspective of building a new life.

In April 2010, TIE brought communications professional Micha Colombo from Digit London to work with GRP for a period of one month. Micha had to create a campaign that gave visibility to GRP’s work with street children and adolescents and that stimulated donations. The campaign had to also raise awareness of the issues around street children and break down stigmas related to people who live on the street. You can read the case study here. 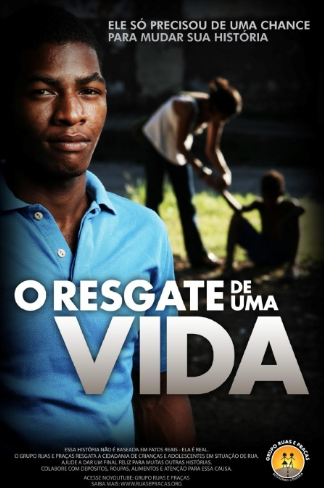 There is Life on the Streets

In November 2013, Nicolas Jayr, from BBH, came to Recife to work with GR+P and Melhor Comunicação. After a really successful fundraising, Nicolas came up with a campaign to raise awareness of the potential of street children, and their dreams and struggles. He was able to bring Klaus Thymann for some photo shootings, and they came up with a beautiful series of images, that will populate billboards across the city. They also produced a documentary about these street kids and Grupo Ruas e Praças’ work, that was launched in January 2014. The film #TemVidaNasRuas produced by Nicolas and Klaus can be seen below.

In June 2014, the film was launched in Recife, and both the children that were featured in the film and their families took part at the event. It has meant a great deal for them.

Another positive outcome of the campaign was that it brought great international PR to Grupo Ruas e Praças. After watching the film, a Canadian underwear brand, Garçon Model, reached out looking for a partnership during the FIFA World Cup in Brazil. The brand is re-launching its Brazilian flag trunks in time for the tournament and all the profit will be donated to Grupo Ruas e Praças. The money will be used to keep supporting the dreams and nurturing the talents of street children in Recife. 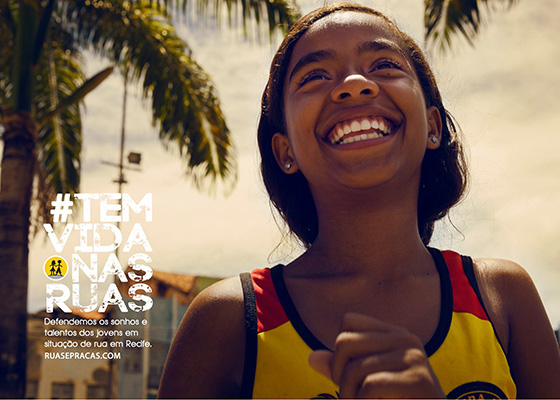 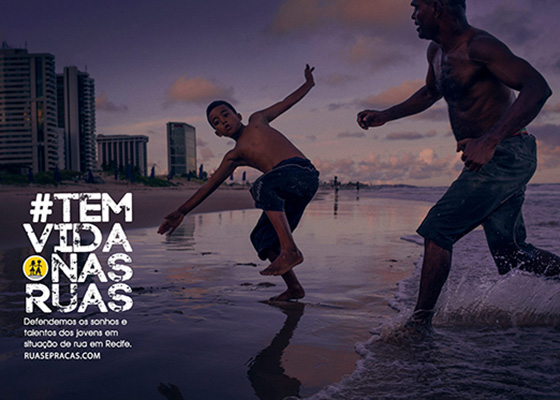