Plan International is one of the oldest and largest children’s development organisations in the world, working in 50 developing countries across Africa, Asia and the Americas to promote child rights and lift millions out of poverty.

In November 2007, TIE brought Penny Brough from Wieden+Kennedy to work for Plan International Brazil. Penny had to develop communications to promote their community-based project in Cabo de Santo Agostinho “Comunicando os direitos da criança e do adolescente” (Communicating Children and Adolescent’s Rights). Later “Pelo Direito de Comunicar” (For the right to communicate). The aim of the project was to provide the children who had taken part in the program with a higher social standing within Cabo so they are looked on more favorably by the community and therefore able to effect change more successfully.

In order to answer the brief effectively and meet everyone’s objectives, Penny and the team developed a film festival. They decided to use the language of cinema because it is universally enjoyed and a great way to encourage people to attend the event. Moreover, it would be the perfect opportunity to display the films produced by the children. So Penny and the team organized the film festival “Um Novo Olhar” (A New Vision), that would run for 3 days in Cabo and invite the community to reflect upon and encourage debates on issues regarding everyday life in the comunity.

Um Novo Olhar was launched beginning of June 2008, and it was a huge success! There were 3 full-page articles about it in the paper, and 1000 people from the local community showed up on the Friday (the second day of the event). As suggested, they talked about Plan to help explain the role of the organisation in Cabo, showed one of the children’s documentary films, discussed the theme of the video with the people from the community, and then showed a mainstream film at the end. Popcorn was served, children were running up and down the aisles, and there were smiles and laughter everywhere. Overall, approximately 3 and a half thousand children, adolescents and family members attended the festival. Such a fantastic event and Plan were thrilled with the results. You can read Penny’s case study here. 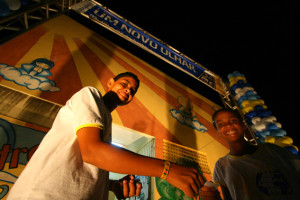 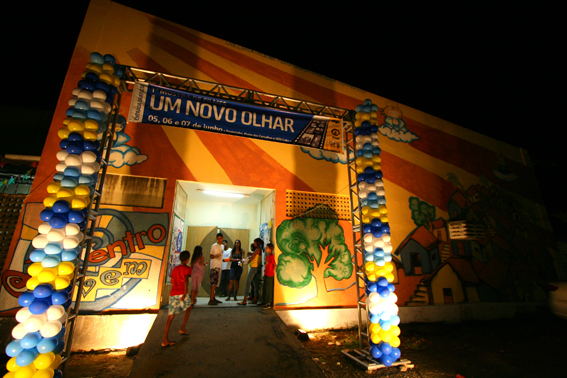 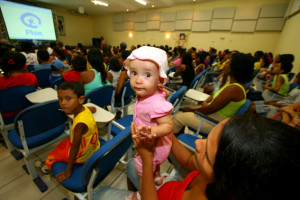