O Pequeno Nazareno (OPN) is a non-profit civil and secular organization that works to decrease human suffering and the social exclusion of thousands of children and adolescents who live on the streets of two major cities in Northeastern Brazil. OPN’s goal is to receive and shelter these children and adolescents and to contribute to rebuild their lives, reconnecting them with their families and their communities in order to guarantee fundamental rights and social inclusion of families for a more generous and fair society.

We Have The Skills Campaign

In March 2012 TIE brought Dylan Viner, a planning director at JWT New York, to develop a communications campaign for OPN’s professionalization course “Projeto Gente Grande – PGG” (Big People Project). The aim of the campaign was to raise awareness of OPN’s work to local businesses and clearly explain the opportunities and benefits to a company that would be looking to hire young apprentices from their course. Moreover, the challenge was to get 17 enrolled PGG students hired by the end of 2012. The outcomes were simply huge.

Before the end of the placement, the local agency Dylan partnered up with – Melhor – managed to get a company to offer job interviews to a handful of young people enrolled in the PGG program. By June 2012, two months after the launch of the campaign, OPN managed to secure two more companies to offer job interviews and 26 people from the program had been interviewed by 3 companies in total. By June, a total of 19 PGG students had been hired – 11 of which were in Dylan’s project. OPN has also managed to get a voluntary professional on board to help them update their social networks and other communication activities in the organization. By the end of November 2012 two more students were hired as apprentices at the Company Saint Gobain do Brasil – Brasilit Fábrica Recife, and they’ve shown interest in hiring two more students in December. As well, 5 more youngsters are going through a selection program at a company that is linked to Banco do Brasil. You may read Dylan’s case study here. 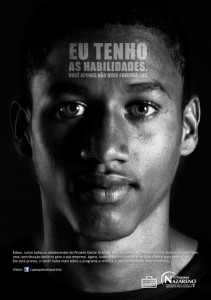 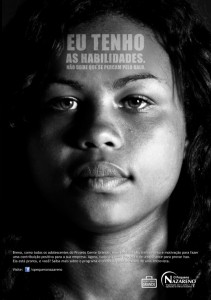