Espaço da Criança (Kids’ Space) is a Brazilian non-governmental organisation based in Recife whose main goal is to provide schooling, food and shelter to children and adolescents living in extreme poverty in the most unprivileged areas in Recife. They also help support the local communities in which the children live, and work with the mothers to provide professionalization courses in order to help them find employment.

Raising Awareness in the Community

TIE brought for this placement professional Joseph Pirrie, from Proximity London, who developed a communications campaign for Espaço da Criança in April 2011. The campaign aimed at to increase the surrounding community’s level of awareness of the importance of EC’s work, by familiarizing them with the NGO’s actions and its importance in society. And from the campaign, EC wanted to get local businesses to start supporting the organization to help them improve the work they do in the community.

The campaign was a success. Espaço da Criança had never done a communication campaign before and their first experience was with TIE. The results they obtained went beyond their expectations. Joseph, alongside with the local agency, developed a fantastic campaign that was everywhere thanks to external bus media. Other than that, the Joseph’s project left a valuable set of communications materials for EC – they produced an institutional video (which can be seen here), created social networks for social media, and other materials. As a result, a large number of businesses and institutions immediately became aware of EC and got involved by giving donations and organising events for the children.

Contax, a large telemarketing company in Recife, came to know about EC through the bus campaign, which was seen by a few employees of the company. Since then, they have visited the institution and became truly engaged with it. The company itself is not officially supporting EC, but its employees have pretty much adopted the institution and have executed several actions so far which were of great help. A few months after the campaign was launched they planned and carried several parties for the children, giving them all gifts (there were at least 100 children in each party!). On one occasion, they were able to mobilize as many as 70 people (among fellow employees, friends and family) to help, either by participating or by sponsoring a donation. Additionally, they are also making collective birthday parties every three months.

Besides everything what they have done already and what they are currently doing, Contax and EC also have a few things planned for the future. Contax is currently trying to develop a project with the organisation teaching art craft to teenagers. And the employees of Contax are also organising a project for sponsors to “adopt” each one of the rooms in the EC’s new headquarters. Edna Monteiro (EC’s coordinator) had this to say, “This campaign brought us a very important partner, who has been making a real difference to the institution”.

When asked about the TIE experience, EC’s president, Núbia Mesquita, had this to say “It was the only communication campaign we ever did in 20 years, and the results far surpassed our expectations”. According to her, TIE’s initiative is very beneficial, as it takes NGOs into an international dimension to which they wouldn’t easily have access otherwise, “and it is also gratifying to see all the creativity and generosity involved in the process”, she adds.

EC had an average of 3 to 4 phone calls per week for two months following the launch of the campaign, and received visits from people who donated food, money and even cradles – which were very appreciated by the mothers in the favela. To read the case study, you may click here. 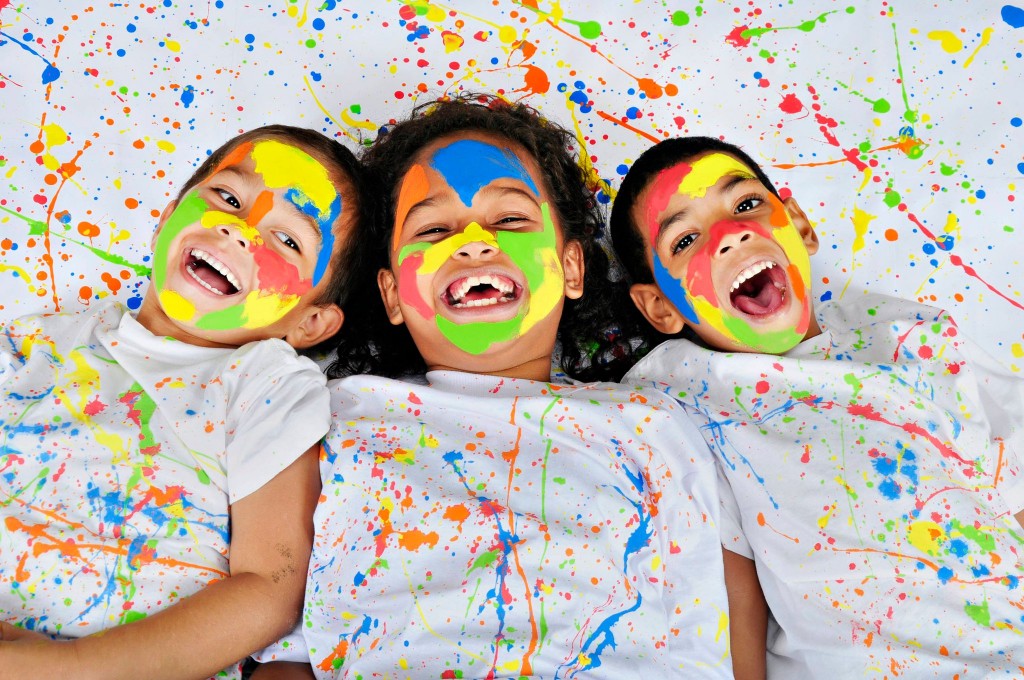 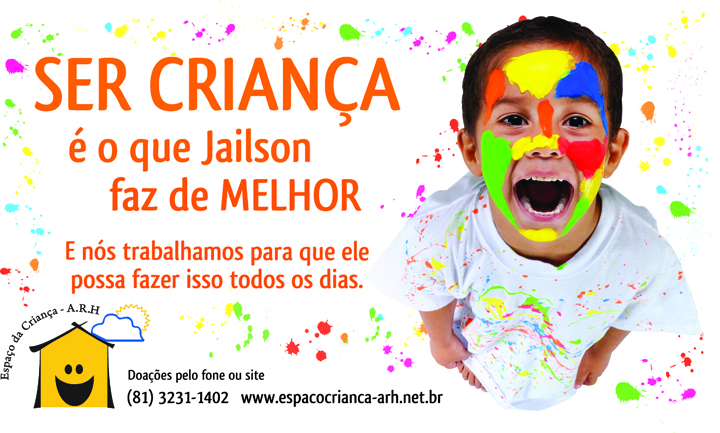 In August 2013, Melissa Parsey, from JWT New York and the WPP network, came to Recife to work with Espaço da Criança. The campaign aimed to attract new corporate partners, specially in the surroundings of the NGO, to increase the project’s sustainability. The idea was to get the companies to embrace the community that surrounds them and contribute to its social development.

Along with the local agency Aê!, they were able to develop a toolkit to better communicate with local businesses and start some really important conversations with high-profile companies in Recife. 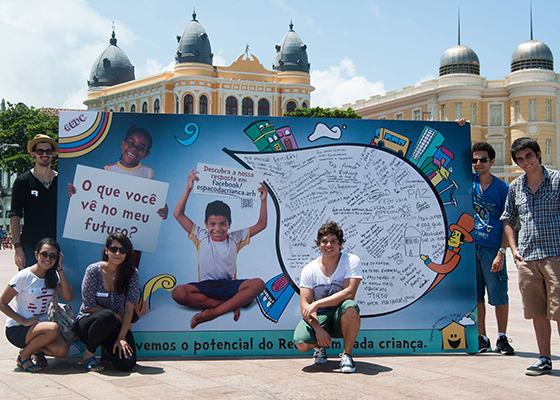 Getting local businesses onboard

To break this cycle and support the teenagers during the vulnerable years after they leave the children’s center, Espaço da Criança developed an apprenticeship program that would help the adolescents access the local job market by providing them with the necessary training and skills from an early age (13 years old) so they could be hired by local businesses when they turn 16.

In the space of one short month, Dhatri and local agency Melhor developed a campaign to generate long-term support and funding from local businesses in the community, with the view to get them to sponsor the students from an early age so they could develop the necessary skills to fit the company’s needs and be hired once they graduated from the apprenticeship program.

The goal was to show them that this is a win-win for everyone. Young people get to access the job market and secure an income so bringing about more stability to their lives; employers get skilled apprentices and a pipeline of future employees; and the community benefits from an economic boost with lower levels of unemployment and from their young people being kept safe.

Dhatri and team developed both a distinct branding and visual identity for the apprenticeship program and the promotional materials to raise awareness of the program among local businesses and persuade them to financially invest. The campaign was featured in proeminent local newspapers, print and electronic billboards in prime commercial center, on local TV and radio channels and online.

You can read her full case study here! 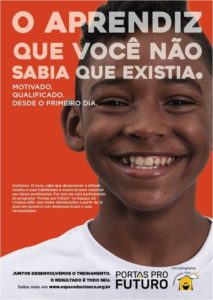 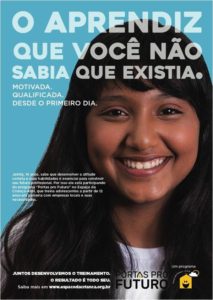