Born from one family’s passion for Kenya and its wilderness, the David Sheldrick Wildlife Trust works to build a sustainable future where wildlife and communities can thrive together. Today the DSWT is the most successful orphan-elephant rescue and rehabilitation program in the world and one of the pioneering conservation organisations for wildlife and habitat protection in East Africa.

The DSWT runs a number of programs with the goal to complement the conservation, preservation and protection of Kenya’s wildlife. This includes anti-poaching, safeguarding the natural environment, enhancing community awareness, addressing animal welfare issues, providing veterinary assistance to animals in need, rescuing and hand rearing elephant and rhino orphans, along with other species that can ultimately enjoy a quality of life in wild terms when grown.

Callum Cheatle from Group XP and the WPP network spent a month in Kenya, working with the David Sheldrick Wildlife Trust to create a communications strategy that will help them attract support to their initiatives and protect elephants and all wildlife.

In a three year period from 2010, 100,000 elephants were killed for their ivory. A concerted effort by NGOs and their partners has helped increase global awareness of the illegal ivory trade and its impact on elephant populations. As a result of this attention, and pressure being brought on governments to act, ivory trade bans passed in the USA and India and France and China have committed to banning its ivory trade.

Today, the poaching of elephants for their ivory remains a significant threat, with up to 25,000 animals a year still being killed across Africa. However, these domestic bans, coupled with enhanced security at a field level and efforts to reduce demand for ivory are starting to work. The work is not over, but these are positive developments. 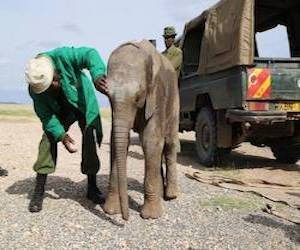 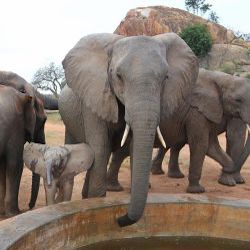