By getting fathers to recognise their paternity, help children introduce themselves in society and start to build an identity and consequent citizenship 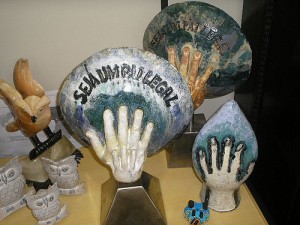 The Associação Pernambucana das Mães Solteiras – APEMAS – is a pioneer organisation working in the area of pursuing paternity in Latin America. The organisation was born in 1992 when a group of single mothers discovered that the number of children who didn’t have their father’s name on their birth certificate was very high, and that these children were orphans of fathers who were still alive, and had no chance of knowing their family tree or genetic history.

In the early stages of starting up the organisation the women discovered a handful of common challenges that faced many single women and children in this situation: There were few public lawyers that were able to support many of these women, and even they held prejudice against them; only the sate of Minas Gerais offered the DNA exam to prove paternity. It did not exist in Pernambuco. Therefore, the logistical barrier of distance (3 hour flight away) and financial barrier of cost (there was a fee to pay for the exam, plus the cost of travelling), meant paternity recognition was not an option for many people; The prosecution of investigation of paternity (processos de Investigação de Paternidade) used to take between ten and fifteen years to be concluded; and the society judges single mothers because they became mothers and didn’t get legally married.

The first major challenge for APEMAS was to raise awareness of the challenges faced by these single women and help raise awareness of the tough reality that these women experience. APEMAS promoted meetings with the Chamber of Councillors of Recife and the Legislative Assembly of Pernambuco, always with the presence of the Justice Tribunal and Public Ministry of the state. And the result of these meetings was no small feat. First of all, APEMAS convinced the Government to liberate $R600, 000 for free DNA exams for paternal testing in Pernambuco. They also conquered to regulate the Federal law 8.560 in Pernambuco, which says that every paternity is a right and has to be investigated, and even if the child was conceived outside the marriage, he/she has got the same rights of the other children. And finally, the organisation managed to get the respect of all Judicial Branches of Government.

APEMAS also managed to create a network of partners that made it possible to achieve a very successful Campaign for Voluntary Paternity Recognition (Campanha de Reconhecimento Paterno Espontâneo) in 2006 and 2007, which involved bodies such as the court system, the Public Ministry, many NGOs and a couple of local advertising agencies. In 2006, APEMAS won, with their partners, the National Human Rights Award, from “Fundo Brasil de Direitos Humanos” (Brazil Found of Human Rights).

Because there wasn’t a debate about this cause at the time, APEMAS became a reference in establishing the debate about the importance of a father’s role in a child’s growth.

For the child, not knowing their father and not having their father’s name registered on the birth certificate usually promotes bad consequences socially, especially when at school when other children start to talk about their father and ask them why they don’t know who their father is, or worse, when their peers begin to bully them. Children have a right to know their story. Therefore, it’s important to raise awareness among mothers and fathers about the importance of their role in their children’s lives.

When children, adolescents or youth don’t have legal paternity, they absorb many different feelings such as: revolt, fear, pain, and shame. The discrimination and disrespect to these children promote deep prejudices when building their personality, harming their citizenship and identity.

These children are discriminated against, and labeled with pejorative and humiliating names, they’re bullied and hear things like: “son of a prostitute”; “son of brooder”; “bastard” etc. This embarrassing situation follows these children throughout their lives, and because of this, they don’t see a paternity as a right, as social inclusion or as citizenship, they just want to forget about it.