Tara is currently an Account Director at adam&eveDDB, a communications agency in London which recently won the accolade of the UK’s Campaign Ad Agency of the Year for the third consecutive time in 2016. Her main clients include Unilever’s ice cream brands, including Wall’s and Carte D’Or, where she manages their global integrated campaigns, including the IPA Effectiveness Award winning Wall’s ‘Talking Ice Creams’ campaign. 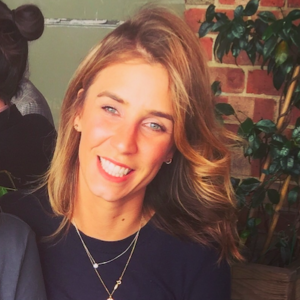 Born and raised in Sydney, she started her career in the communications industry as part of DDB Sydney’s Graduate Program in 2012. Looking for a new career challenge and a chance to travel Europe (like most Australians!) she made the move to London in 2015, where she landed her role at adam&eveDDB.

When she’s not planning her next European adventure, Tara enjoys exploring East London, where she’s always on the lookout for a new brunch spot. Tara is incredibly excited about her TIE placement and is eager to see how her professional skills and expertise can be used to showcase the great work being done in Madagascar that’s improving the livelihoods of the vanilla farming communities.

Tara is going to Madagascar to help Symrise, Unilever, GIZ and Save the Children showcase the amazing work they have been doing together to support sustainable vanilla farming in the island. Read more about her project here.