The secret to leadership development

We are The International Exchange, but you can call us TIE. Thanks so much for paying us a visit. We believe in the power of the private sector and leadership to solve some of the world’s biggest problems. We connect talented professionals with social initiatives all around the world.

To develop the leaders of tomorrow

To shape the future of business and to provide people and companies with an opportunity to feel proud of their profession and the skills they have worked so hard to develop.

We have projects that are based in South America, Africa and Asia, and every TIE placement creates beautiful and unique stories, as well as incredible results for every stakeholder that takes part. We have a variety of programmes available, all rooted in connecting the private sector with the social sector to make change.

TIE has never been more necessary than right now

So, if you are looking for life changing leadership development opportunities for your employees and want your company to impact the world – we’ve got you covered. If you are looking to step out of your comfort zone and use YOUR skills to make a difference, and keen to meet and learn from like-minded peers with similar values – Our TIE Accelerator Programme is for you. So many options. We urge you to check out our programmes and get in touch to find out more.

Although TIE officially became a company in 2006, it probably started long before that. 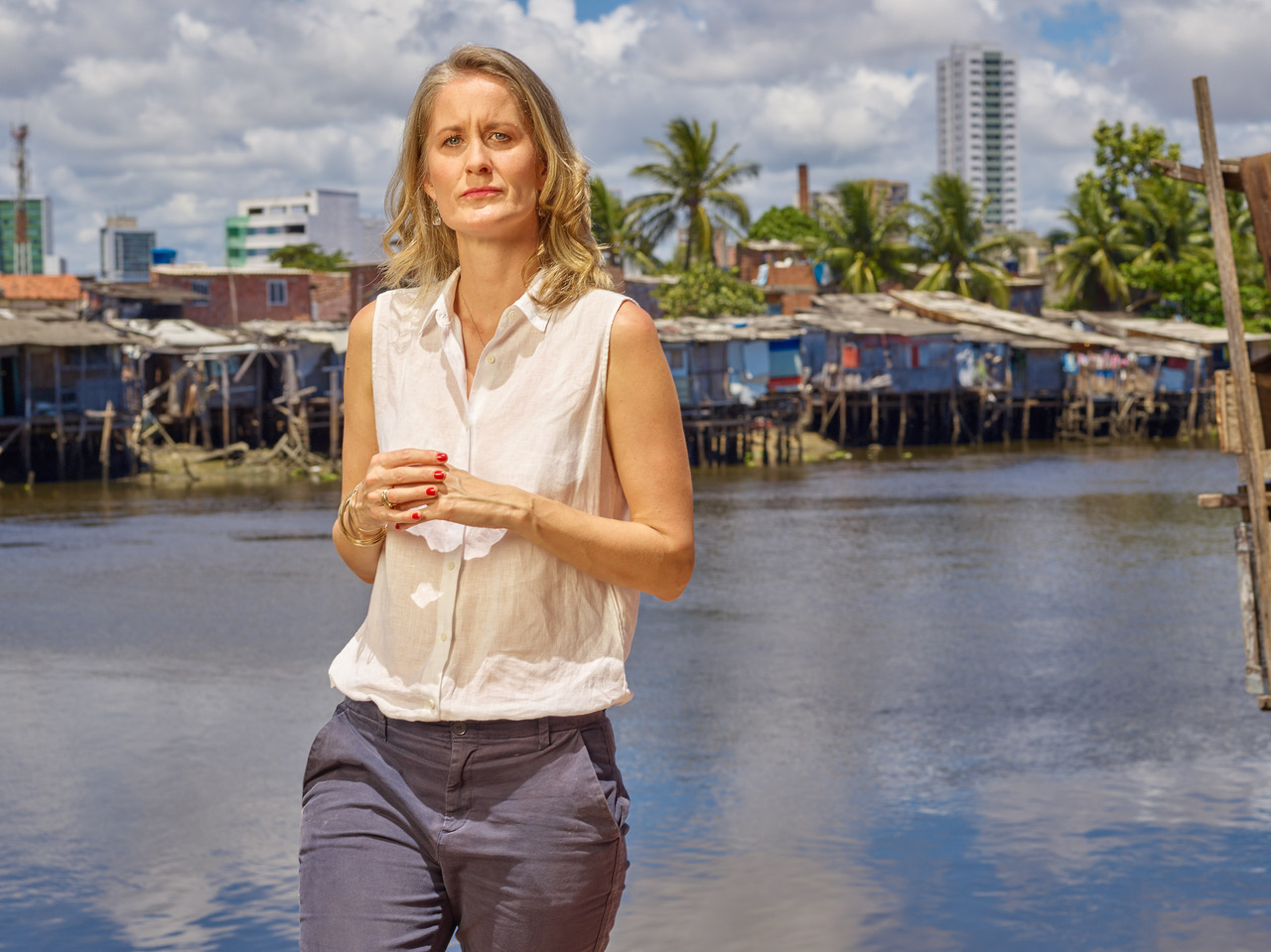 If I really think back to where it all properly started, it was probably inspired from a particular holiday in the UK when sitting with my family around the dining room table. It was 2004. At the time I was working in advertising in London.

You see, my immediate family is in the ‘helping people industry’.

Doctors, social workers, environmental engineers, public health professionals. You get the idea. Everyone was sharing experiences about their work.

And then there was me, the one who worked in advertising.

On that particular occasion I really struggled to contribute to the conversation (which if you know me, doesn’t happen very often!). I felt, for lack of better words, unworthy, and found myself questioning why I had chosen this profession. This sector.

Can any of you relate?

You know those situations when you’re asked what you do for a living. And you apologetically say what you do. The private sector is evil. Profit is bad.

But I hated the feeling.

I thought long and hard about what I wanted to do for my profession, and after a lot of soul searching, I chose to be in the private sector. Because I knew where I could thrive. And that was where my skills fit.

And I really didn’t want to be a doctor.

But I also needed more. I needed to know that my skills had a greater meaning in the whole scheme of things. And I knew others did too.

I knew just how important, how valuable, often how crucial, my skills could be – but I just wasn’t sure how to apply them to make a difference.

I then looked at the power of the private sector and how it can make a big difference in this world.

But in order for the sector to stand for more, people within it needed to believe in it, and people outside needed to not be so sceptical of it.

However, to get the sector working in the way it needs to, in order to make the change it can make, we need to create smarter, braver, more confident professionals that have a contemporary world view, and know how to lead their companies into the future.

We need people to step out of our silos to get inspired, they need to get out of their comfort zone and to embrace diversity.

When we make our people better, the potential of the sector will follow.

Most people believe that you have two options in life. Either you do good and work in the helping people industries. Or you join a business and do well.

We just need to make sure that companies, at their heart, are purposeful, and don’t exploit people or resources.

So how do we get there?

We need the future leaders within it to know how best to drive companies in the right direction.

This was my thinking. And then my uncle passed away.

He was Nelson Mandela’s personal doctor when he came out of prison, during the first round of negotiations with the Apartheid government.

In November 2004 I flew to Cape Town to join my family in celebrating Neil’s life. And it all started to fall into place when I was sitting in the congregation.

I looked around and saw a sea of faces. White, black, coloured. People from so many different walks of life. And backgrounds. There was a government minister with his two bodyguards. Medical colleagues. Comrades from the Struggle. Friends and of course family.

But what really struck me were the stories that were told by people from the townships.

Whose lives had been dramatically impacted by my uncle. I can still picture two of the people that went to the front of the room to share their memories of my uncle.

The first was a coloured man. He told us about how he lived in a shanty town where Neil had a handful of patients. He said that Neil was the only doctor at the time, during apartheid, that treated his patients like human beings. He learned the local languages and was able to actually communicate with people that were sick.

The next person to put up their hand was a woman. She had an extremely large heavy build, and had hair growing from her chin which she clearly cut short. She was a big character, and as she walked to the front of the room, everyone wanted to hear what she had to say.

She told us about how she was in jail during apartheid. How Neil went to visit her regularly. She explained that he was risking his life to do this. Not only going to an area of town that was dangerous for whites, but he also passed her chocolates with messages on the inside of these chocolates, to tell her of what was happening on the outside.

Who knows what would have happened if the guards got hold of one of those chocolates.

This memorial was a turning point. It reminded me of what Sir John Hegarty says.

When talking about how to reach your full potential, he talks about the importance of expanding your personal circle. To spend as much time as you can with people in professions and backgrounds different from your own. And how powerful that is.

When I looked around, and reflected on my uncle’s life, and listened to the stories of everyone in the room that day, it was clear.

We all need expand our personal circles.

Neil was one of the most inspirational people I knew. And he had a profound impact on so many other people’s lives too. He wasn’t just a white middle class Doctor from South Africa.

He was so much more than that. And this was why.

That day changed my life. And with that, TIE was born.

The idea is to unleash the human potential of the sector. And the way we do this is to shake people up a bit. Challenge them. Get them working with people in far off lands out of their comfort zone, in different cultures, sometimes in a foreign language, having to draw on skills and knowledge they have developed over time, but don’t use every day. They end up seeing things differently, much more aware of their potential, better understand their purpose and what drives them in their work, and at the end of the programme they are a force to be reckoned with.

We want to make a difference.

We know how important, how valuable, often how crucial, the skills of the private sector can be; and we want to provide professionals within businesses around the world with the opportunity to apply their hard-earned skills to make a mark on the planet. On TIE, professionals develop campaigns, strategies, financial plans, business plans or create research pieces for social projects, social enterprises or non-profits that not only make a tremendous difference to the organisations and local communities alike, but the experience also helps the professionals realize just how powerful their skills are to change the world.

We want to change the face of the private sector.

We believe that the private sector is incredibly powerful and that it can change the world, for the better. We want professionals to feel proud of their chosen profession, the skills that they have and realize the power they have to make a positive impact with every single project they work on. Through the TIE experience we hope to inspire the future leaders of the commercial world to think differently, to approach their work differently and more sustainably, and in turn, change the way the sector works, behaves and thinks, from the inside, out.