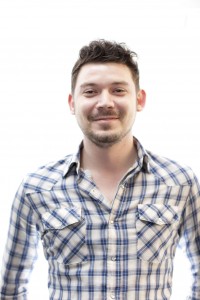 Trevor started at W+K New York as a designer in the summer of 2010 and began working on interactive campaigns for Jordan Brand and ESPN. For the former, he helped create a promotional teaser package to launch Jordan Brand’s “Dominate Another Day” campaign. Consisting of a custom engraved iPad, mobile app, and behind-the-scenes footage from the shoot, this work has received awards for both packaging and design. In 2011, he worked on the design collaboration between Target and Jason Wu. His team created print ads, in-store signage, and peripherals for the program.

Recently he joined the newly founded group, WRK, which creates special projects for Wieden+Kennedy NY. Amongst other efforts, the team produces the printed publication Day Trip, which showcases the work, lifestyles, and perspectives of creatives in the NYC area.

Prior to W+K, Trevor worked at AKQA as a Senior Designer creating digitally integrated campaigns for Nike, Google and Motorola.

In his free time, fishing and the outdoors have become a calming escape from the hustle of NYC. Trevor also contributes to Save Japan Benefits – an organization established to help aid the people of Tohoku after the 2011 earthquake in Japan.

Trevor is excited for the opportunity to work with Hestian in Malawi and see part of the world he has only dreamed of. A boy from Missouri never thought he’d be heading to Africa. To learn more about his project click here.

“Chance encounters are what keep us going.”
— Haruki Murakami, Kafka on the Shore