A pretty damn good reason to feel proud of our industry 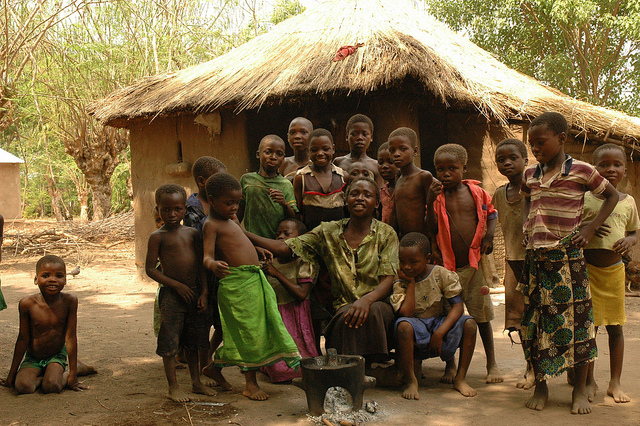 Life can get crazy sometimes.

Most of us work super hard to ensure we make our mark in some way. And sometimes, amongst all of the craziness, it’s hard not to get bogged down by daily stress, and see the big picture.

But it’s so important to always be clear of that big picture.

Things have been pretty busy, and a little stressful, in our world as we juggle our work-load and everything that is happening in Brazil at the moment.

But we received some incredible results from one of our NGO partners in Malawi the other day that put everything back in perspective. And reminded us of the real force of our industry, the skills we have, the importance of what we do, and the power we all have to make a real mark on the planet.

In November of 2012 Trevor Gilley from W+K New York set off to Malawi, Africa, to work with an organisation called Hestian, a small environmental business that was set up to tackle the climate challenge through the promotion of fuel-efficient technologies that meet specific needs of Malawians, in one of the most climate vulnerable countries in the world.

Trevor went to Malawi to help Hestian create a campaign that made the Maeve fuel-efficient stoves sexy. They needed to get Malawians to want a new stove, get them to aspire to getting an improved stove and make the improved stove a status of prosperity and progress.

And these stoves are truly revolutionary. They are not only affordable, but they reduce indoor cooking smoke and the number of people getting sick from smoke inhalation. They decrease CO2 in the atmosphere. And they reduce the region’s dependency on unsustainable wood fuel consumption – people spend more time working and not collecting wood.

There was a lot of good to be done by getting these stoves out there. But it wasn’t an easy feat.

Up until TIE got involved, Hestian had only managed to sell 500 of these stoves in total.

But the outcomes from this placement were incredible.

Immediately following the TIE campaign 10,000 Maeve stoves were ordered. And now, two years on, still using the communications materials from TIE, we just heard that they expect to reach close to 50,000 households!

And that’s not it. According to the Director of Hestian, Conor Fox, ‘The marketing help from TIE has been invaluable and has really established the Maeve project and the Chitetezo Mbaula Stove as a major driver of Cleaner Cooking in Malawi. It seems that almost everybody in Malawi is now aware of the Chitetezo Mbaula and its benefits’.

Well, it doesn’t get better than that does it? The true power of communications. Improving the health, economy and environment for the majority of the Malawian population.

Makes you feel pretty damn proud of the skills you have doesn’t it?